TOTSUKITOKA through a time of change

I thought TOTSUKITOKA sounded interesting when I first heard about it. It was a while since I’d painted, but I wasn’t averse to it. So I started the course, thinking it was interesting to paint and use that as a springboard to reflect on something. Also I thought if I was going to do it anyway, I might as well do ten sessions and one session a month sounded doable when I signed up in July 2015.

The theme for my first session was “Anger.” There was a period in my career when I used my anger as fuel, but I stopped doing that in my late 20s. Since then I’ve focused less on my feelings of anger, instead I’ve been trying to have fun at work even with things I find challenging - so I felt it was going to be tough to paint a picture focusing on anger.

However, as I was painting I sensed the chaos inside me: it felt like I hadn’t completely let go of my anger. I realized that even though I tried not to focus on it, it was still there inside me and that I wasn’t yet fully formed as a human being - so I gave it the title “途中” (Work in progress, on the way).

This was my sixth work which I painted at the beginning of 2016 when I’d just found out that I’d been transferred to sales.

At that point, I’d been working in HR for 5-6 years and I was getting used to the job. At the time, as I painted I remember thinking to myself, “I guess I’ve got no choice but to go with the flow.” It’s not about what I want to do but more about seeing how things go, where I end up - that’s what I expressed in the picture.

The pictures I painted after that give an impression of movement, they’re very much pictures from my time in sales. In sales you sell new products and services to customers, troubleshoot problems with orders and manage unforeseen situations, complaints etc. Every day’s hectic with a thousand things going on. It was completely different to my job in HR, so I feel this ended up becoming a busy picture. 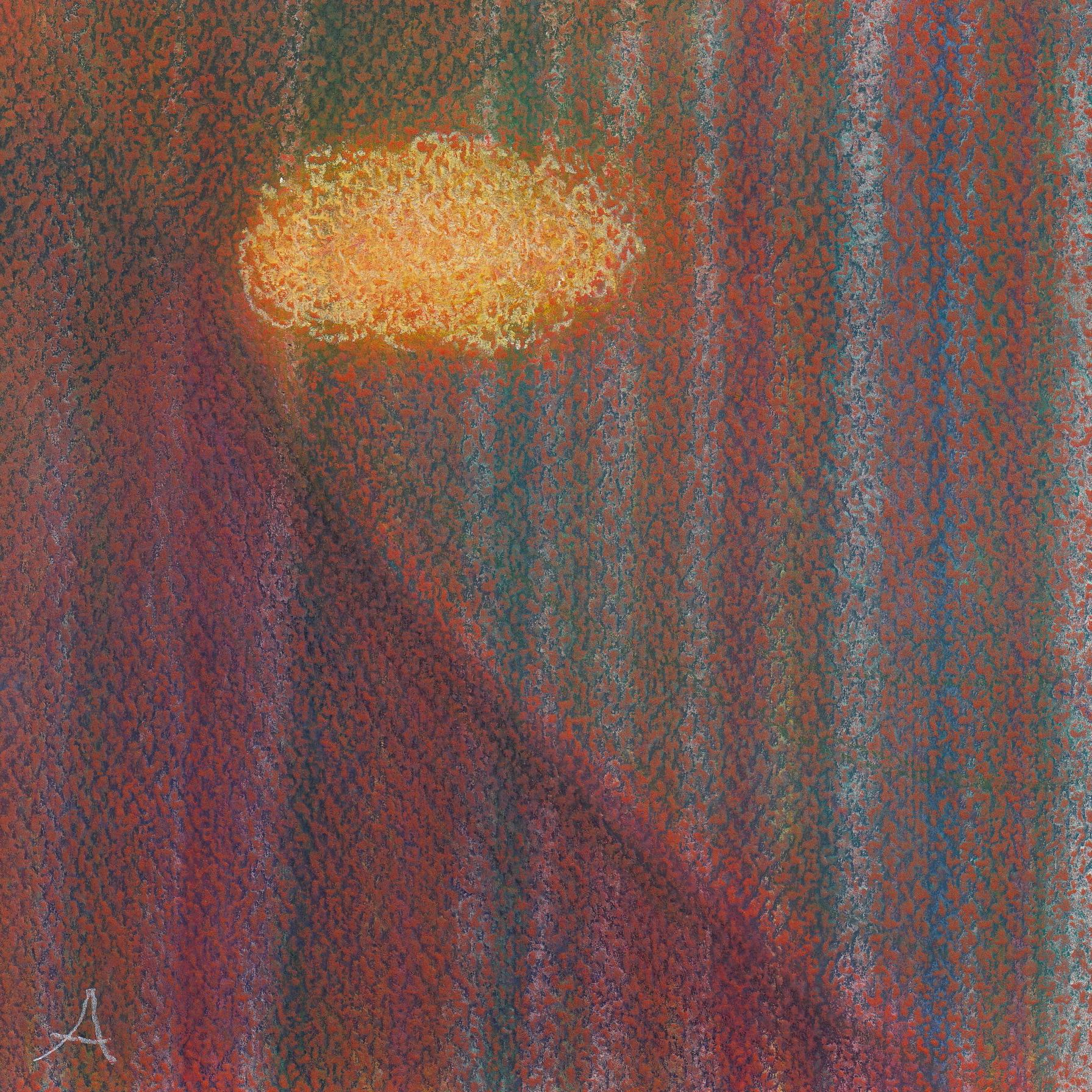 In 2017 I was transferred to PR and I became so busy I couldn't attend EGAKU for a while. It was a year later that I managed to pick it up again.

The theme for my last TOTSUTOKA session was “Fear.” Although the theme was “Fear,” in the end I felt I was able to express an element of hope as well. I think I was mentally in a much calmer place.

Painting to detox the brain 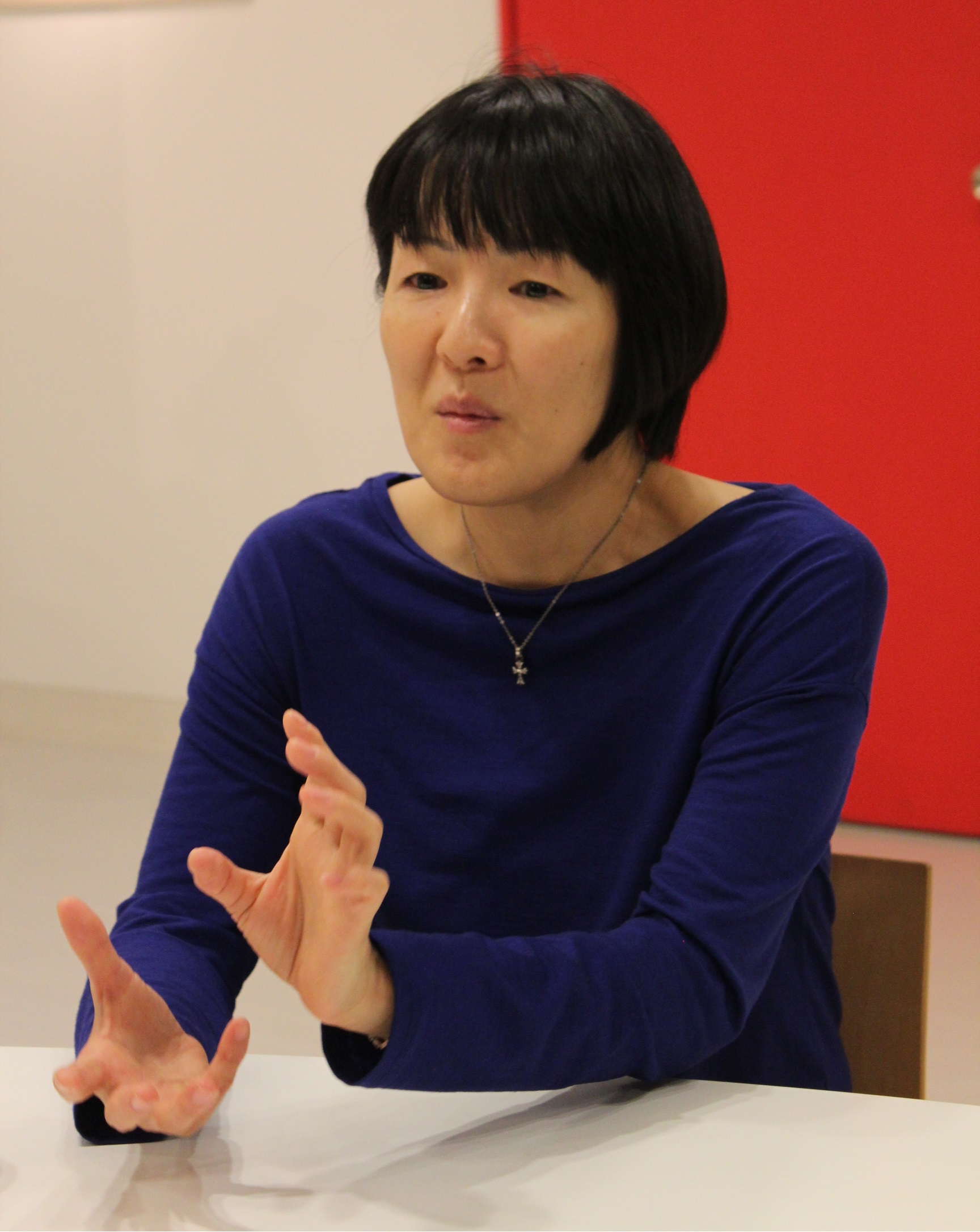 Doing TOTSUKITOKA through this period of change was great for organizing my mind. The work in sales was always frenzied, but when I transferred to PR, the work there required a more thought and deliberation. Unlike math and physics there’s no right answer in PR, it’s a job that doesn't really have a fixed set of metrics. There would be times I’d be asked by senior people in the organization why I went along with a certain decision, confusing me. We’re forced to make decisions even if we’re not sure what the right decision is. There are also times when a manager wants to make some changes, so we end up having to discard everything we’ve worked on till that point.

At the same time, you have to push forward with a lot of different things at once. It’s like building an amusement park and planting a flowerbed at the same time. The amusement park is still under construction but the construction’s stopped midway. Over here the shinkansen (bullet trains) have started running – actually the bullet trains were supposed to be on hold, but one day out of the blue we’re told to get the trains up and running in 3 months’ time. It’s my job – along with my manager - to think about how to keep this crazy show up and running. 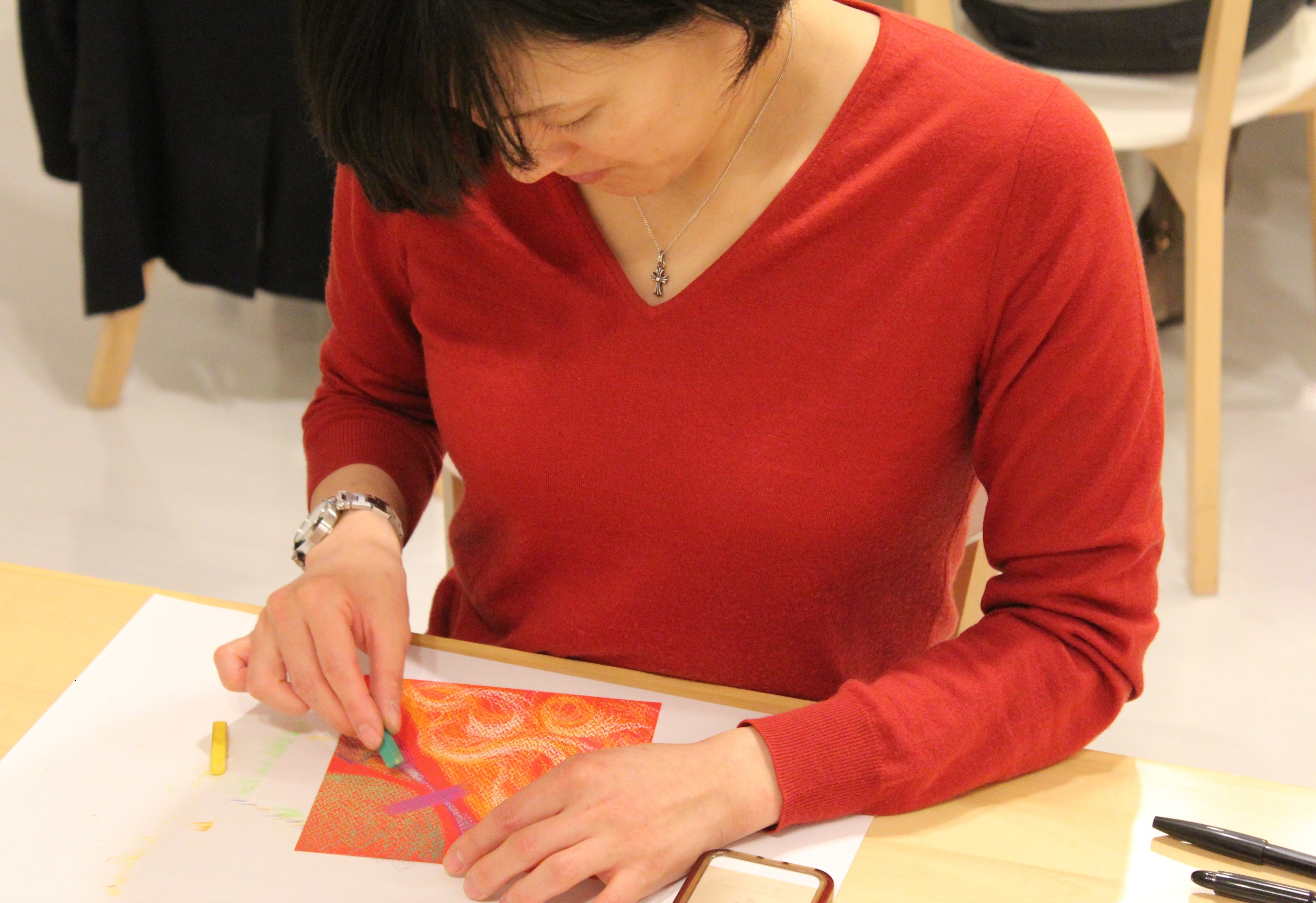 In the midst of all this, painting was something I truly enjoyed. The act of setting aside time to paint a picture was also interesting. When you’re given a theme, you start reflecting on how it relates to your daily life, and you get the sense you’re using both left and right sides of the brain simultaneously. I think there are times when we’re thinking about something, and simply having a pencil in hand to write down our thoughts helps organize our thoughts.

The experience of painting in the TOTSUKITOKA course was a detox for my brain. It felt like I was painting a picture in order to organize my thoughts, reflect on where I stood and what I needed to do next. For me this time was precious. I remember one fellow EGAKU participant who had completed the TOTSUKITOKA course, but would participate in EGAKU from time to time whenever they were feeling troubled or had something on their mind. I actually think most people in the world today need to organize their minds. In EGAKU we’re given a theme to paint, which makes it easier. You can also paint something abstract – which I found helpful. 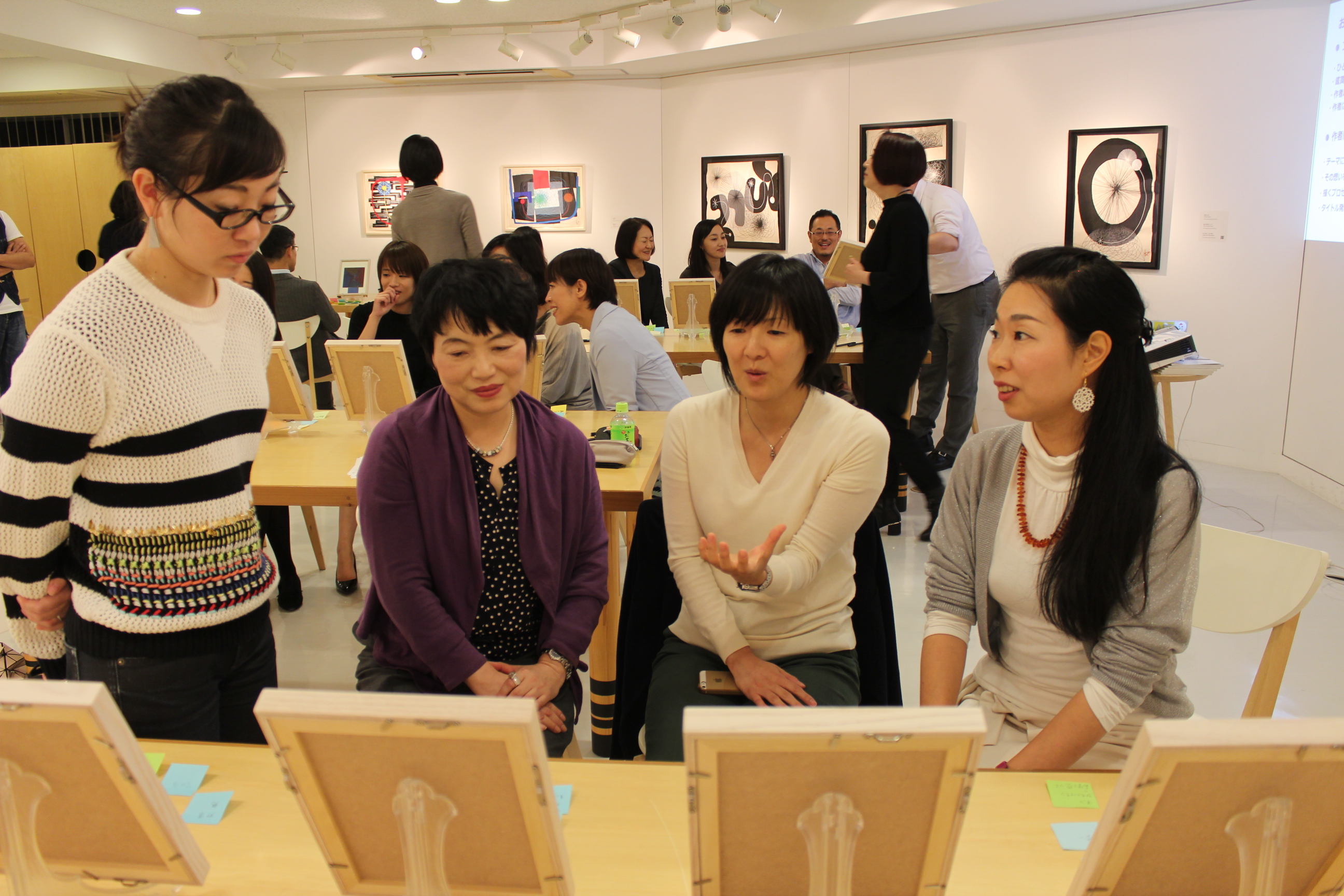 Something that struck me deeply during TOTSUKITOKA was that although some people’s impressions of my picture echoed what I had in mind, others were completely different. What one person perceived as tragic, another might perceive as comic - I felt there was so much diversity. I realized it all boils down to how we perceive things. Having other people ‘see’ my state of mind helped me notice that some things really weren’t such a big deal, whereas other things mattered more than I’d initially realized. It was really interesting getting other people’s objective comments. You never get the chance to have other people’s feedback on your picture, so that was fascinating.

I still haven’t created something I’m satisfied with

The interesting thing about painting is that at the end of the day you have a finished product. I’ve done this 10 times, but I’m still not totally satisfied. I find that I end up creating something different from what I originally had in mind. It’s not that I have something specific I want to paint, but I still end up wishing I could have painted something a bit better. It was a struggle right until the end. I haven’t created a single piece I’m satisfied with. I realized it’s incredibly hard to decide on what basis you judge something as ‘good’.

I work in PR but I’m aware I’m not the creative type, a person who makes things. Also for me personally, rather than sticking to doing one thing, I prefer change. That way I don’t get bored. Of course, I have many fears about my work, but I also think that if I give something a try and it doesn’t work out I can always figure out what to do next and see how it goes.

*This article is a translation of the original Japanese interview.